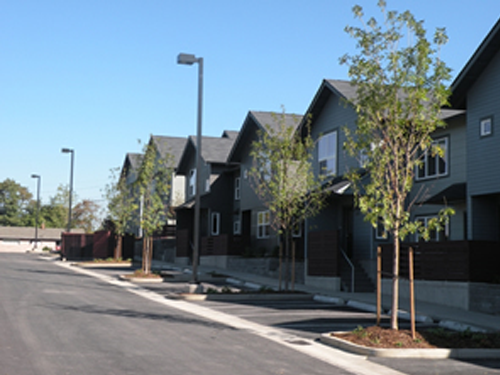 César Chávez Village is an affordable-housing community for families located in Seattle’s South Park neighborhood. The Village consists of 25 townhome-style rental apartments. They are two-, three- and four-bedroom apartments for families with incomes no greater than 60% of King County’s median income.

Five apartments are reserved for families transitioning from homelessness.

Download the pre-application and return to Sea Mar to be considered as a tenant of Cesar Chavez Village. 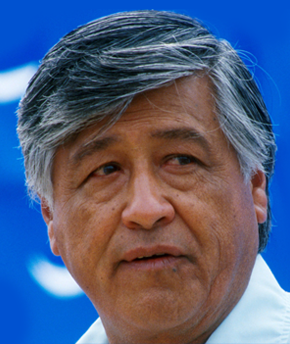 "César Chávez z is one of
the heroic figures of our time."
César Chávez Background
César Chávez Village was made possible through a unique public-private partnership that began in the late 1990’s. Construction of the Village was completed in 2009. Sea Mar chose to name the Village after one of the nation’s greatest Latino leaders, César Chávez, found of the United Farm Workers Union. Mr. Chávez was a family man, a farm worker, a labor leader, a religious and spiritual figure, an environmentalist, and a tireless crusader for non-violent social change. Former U.S. Senator Robert F. Kennedy once said, “César Chávez is one of the heroic figures of our time.”

“Though he died in 1993, César Chávez continues to stand alone among Latino leaders in our country,” said Sea Mar Executive Director Rogelio Riojas. “No one has emerged since his passage who is as widely known, respected, or as influential. We are proud to be associated with his name.”
César Chávez Village Partners

Other services in
King County